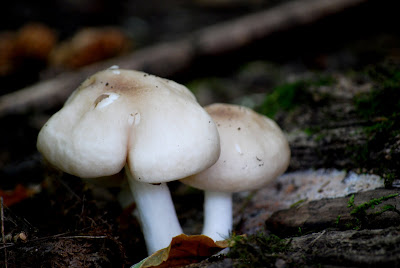 Nothing profound to share -- just some of the little things the family and I found on our walk yesterday. They are both my "helpers," looking for what they feel sure are good subjects for photographs. Mushrooms were a big hit as were these unusual looking seed pod things. It looks as if hundreds of little seeds are contained within this ball. I wonder how they are released. I didn't even think to experiment! 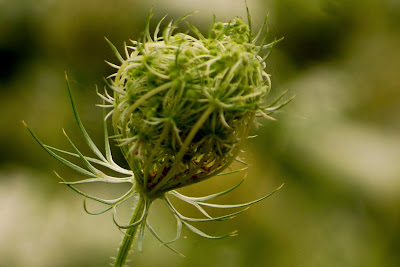 The other day Big D asked who the shuttersisters are so I explained about a group of women who share with each other online. Though he was interested in the idea, especially given a couple of our fountain pics were recently on their site, he informed me that he wouldn't want to be a sister. He'd prefer to just look at the pictures! Funny boy. Both kids are very intrigued with the idea of gender right now. Sis is convinced that she'll grow up to be a mom or a dad -- it could go either way and her preference depends on the parent currently in her favor. Big D has informed her that she is a female and that dad and he are males. She picked that up quickly! Never mind that personal pronouns remain interchangeable and the actual relationships between various family members nebulous at best. She asked me today if I could be her sister. Sure, sweetie, we can pretend that. Then commenced an amusing car ride in which I alternated between responding to Big D's comments to Mama and hers to Sister . . . Hubby is a bit lost as to what his role is in the new family arrangement. 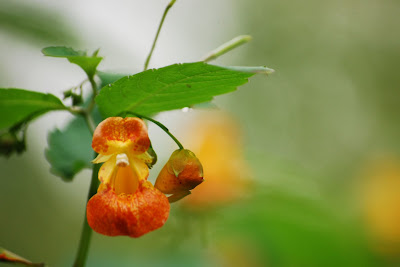 I'm not sure what this little flower is but I love the color and that it looks like a snapdragon. Maybe it is . . . I drew funny glasses on it in PSE but thought it probably didn't add much to the overall effect:)
Besides nature walking, we kept busy getting ready for school (1st grade starts in one week!), running in prep for the Biggest Relay on Earth (or some such thing also known as Hood to Coast), trying to nap with non-napping children and playing with Dominos. Oh, fun pics to come of that!
at 9:56 PM

Hi again! Thanks for visiting my blog. You have beautiful photos on your site. You asked what editing program I use...I use PSE 6. I'm including in this post some links to tutorials for blend modes and photo masks/borders. I hope they're helpful.

Thanks! I'll take at peak at those links today.